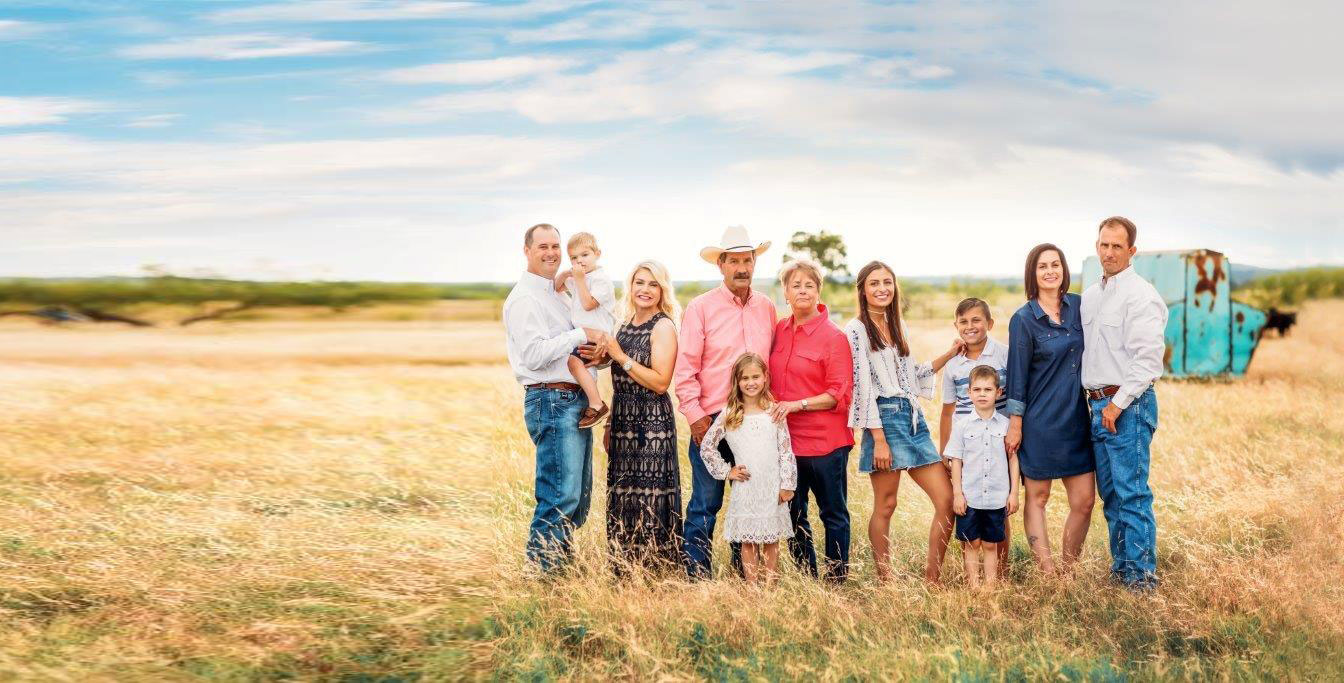 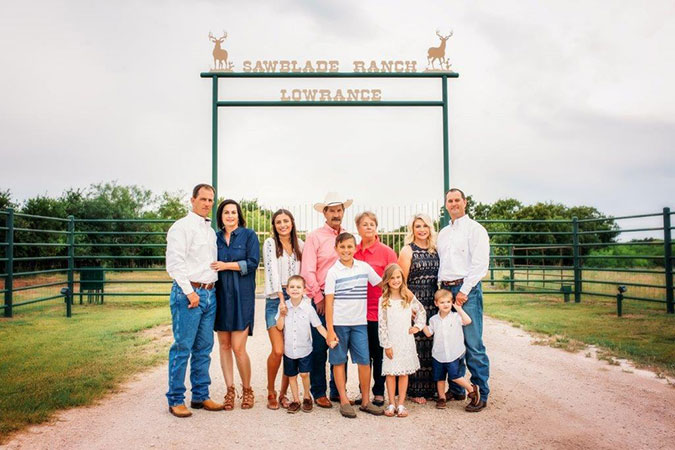 owned by Johnny and Jerry Lowrance, is located in North Central Texas one hour Northwest of Fort Worth. It is approximately 6 miles west of Chico, Texas, on FM 1810 on the Wise and Jack County Line. The Lowrance family settled in Wise County in 1947 with the purchase of the Elm Creek Ranch by Gene and Wenonah Lowrance, Johnny's father and mother. The Lowrance family have been in the cattle business ever since. They started breeding Simmental cattle in the 1970's and introduced Simbrah cattle in the 1980's.

In 1996, Johnny and Jerry bought an additional 2600 acres to the south of the original home place. The rugged terrain on this ranch is complimented by 3 miles of "Big Creek" that runs through the property. Historically, the ranch was once the home of the Earhart Station on the Butterfield Overland Stagecoach Line. You also find throughout the ranch - several caves, arrowheads and ancient fossils. When this acreage was purchased, there was an old tractor in the field with a massive 5 ft. saw blade attached to it that had been use to cut timber on the ranch. It was decided that SAWBLADE RANCH was a fitting name.

The Lowrance family has long been in the show cattle arena. It is their mission to breed quality show cattle that have a good disposition and stand at the front of the line. To make this happen, they are involved in an intensive embryo transfer program to bring the best genetics possible.

Thank you for stopping by to look at the website and checking out the cattle. Stand by and watch SAWBLADE RANCH produce winners!